When we adopted for the first time we decided upon an open adoption. We had no idea to what degree we wanted the adoption open. Would it be a letter and a picture per year? Would it be a visit every five years? We just didn’t know. In the same light, neither did our first son’s birth mother. At his birth, we decided to just go with the flow. This turned out to be a very beautiful choice. A few years later when we decided to adopt from foster care we decided to remain committed to open adoption.

When we were chosen to adopt our first son we met his birth mother shortly after being chosen. It was a great moment, but I noticed very quickly that she was embarrassed to share her story and to tell us the details of our son’s beginning in this world. As we were talking, I tried to reassure her and let her know that we did not judge her. Throughout our relationship it has been important to ensure that she knows that we respect her, her choices, and her fears. The same now goes for our subsequent birth mothers. They are all unique people with equally unique needs, but respect is paramount for our relationship. We have a special and respectful relationship with each of them.

Just like anyone else, we find a lot of times that our birth mothers just want to be heard. Understood. I think it’s human nature to feel that someone truly hears you, cares for you, and listens. I have uttered the phrase “I don’t know” so many times, because I just don’t have an answer. There have been many times during this process that I do feel like we have parallel paths. Different reasons for being there, but the circumstances are similar. I can understand where they might have been, due to the circumstances of their own lives. Listening. It is powerful.

We are fortunate to live near two of our children’s birth mothers. There have been many times when I have gone to see them after a particularly trying time. Several times I have asked what they need. It’s often met with, “a hug”. The power of human touch—gentle, calm, understanding—heals the soul so often. So there I stand, hugging, hoping they can find the power to heal in that one touch.

While my children’s birth mothers make choices that I wouldn’t make, live lifestyles completely different than our choosing, it has been easy to be accepting. We have learned that we may never understand, but we can accept.

Just like adding children to our family, in adding birth parents, love takes time. But it does come. We have come to care deeply and try to show them love in small ways. It means a lot to all of us to be able to have the love between us. It will only build and strengthen with time. But it’s there, and it’s so very important.

The adoption process can often be one heck of a … 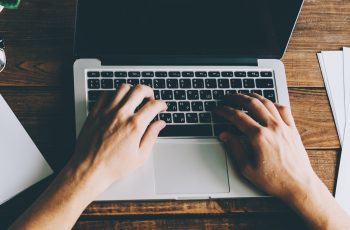 So what is Adoptionblog.com all about?

Adoptionblog.com’s focus is to help you start an adoption blog–one that is all your own. We have articles that contain tricks and tips on creating a great adoption blog, adoptive parent blog, fostering and blogging, and more!

This website uses cookies to improve your experience while you navigate through the website. Out of these cookies, the cookies that are categorized as necessary are stored on your browser as they are essential for the working of basic functionalities of the website. We also use third-party cookies that help us analyze and understand how you use this website. These cookies will be stored in your browser only with your consent. You also have the option to opt-out of these cookies. But opting out of some of these cookies may have an effect on your browsing experience.
Necessary Always Enabled
Necessary cookies are absolutely essential for the website to function properly. This category only includes cookies that ensures basic functionalities and security features of the website. These cookies do not store any personal information.
Non-necessary
Any cookies that may not be particularly necessary for the website to function and is used specifically to collect user personal data via analytics, ads, other embedded contents are termed as non-necessary cookies. It is mandatory to procure user consent prior to running these cookies on your website.
SAVE & ACCEPT