Last week, while at the library with my 10-month-old daughter, Chloe, I began chatting with another mom. She asked me if I delivered Chloe at the nearby hospital. “No” I said. “We are an adoptive family. Chloe’s birth mom delivered her in Iowa and placed her for adoption with us that day.” I have learned in the past year the importance of adoption-friendly language which is why I did not say, “No. She’s adopted. Chloe’s real mom delivered her in Iowa and gave her up for adoption that day.” The differences in these sentences might not stand out to you, but to someone whose life has been touched by adoption, they have very different tones. So what are the appropriate terms and phrases to use when speaking about adoption?

To say, “she’s adopted” I am separating Chloe out and insinuating there is something different about her. It is true that she is adopted and there is absolutely no shame in that; however, to say instead, “we are an adoptive family” I am including my husband and myself so that as Chloe grows and starts listening carefully, she will understand we are all part of an adoption journey, not her alone.

Last I checked, neither Chloe’s birth mom nor I are imaginary. We both play critical roles in Chloe’s life, but one role is not more ‘real’ than the other. Using the term ‘real’ to describe the birth mom takes away legitimacy from the adoptive mother.

Chloe is my child. It is really as simple as that. Yes, she is adopted and yes, she has an amazing birth mom who is now part of our family, too, but none of that changes the fact that Chloe is my child. I would not say to someone that she is my adopted child because that creates a distance between us. As she grows, I wouldn’t want her to refer to me as her “adoptive mom.”  I am “mom,” she is my baby girl, regardless of the circumstances that brought us together.

The last thing birth mothers do is give up on their child. Birth moms struggle with their decision and ultimately break their own hearts so that their baby can be given a life they cannot provide themselves. The amount of selfless love that goes into this decision is second to none, and to sacrifice their own happiness for their child’s only to have society say they “gave up” is extremely hurtful, so be extra careful with this one.

Although these phrases at first glance don’t seem too different, I hope you now understand the big difference they make to people in the adoption community. There is a great deal of emotion involved in every adoption, and something as simple as choosing respectful words shows us you understand that our families aren’t so different than yours. 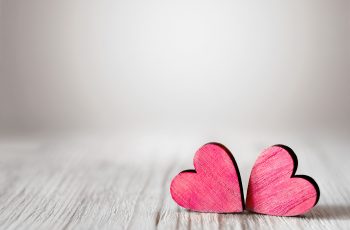 When we adopted for the first time we decided upon … 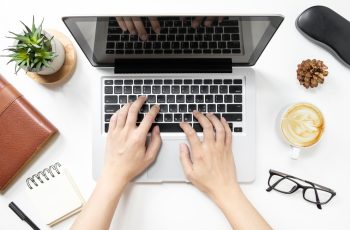 Completing a hopeful adoptive profile book is very similar to …

Mo is a mother through open adoption to a spunky, loving little girl. Before becoming a stay-at-home mom she was a fifth grade teacher for eight years. Mo enjoys cooking vegan food, home decorating and above all, spending time with her husband and daughter.

So what is Adoptionblog.com all about?

Adoptionblog.com’s focus is to help you start an adoption blog–one that is all your own. We have articles that contain tricks and tips on creating a great adoption blog, adoptive parent blog, fostering and blogging, and more!

This website uses cookies to improve your experience while you navigate through the website. Out of these cookies, the cookies that are categorized as necessary are stored on your browser as they are essential for the working of basic functionalities of the website. We also use third-party cookies that help us analyze and understand how you use this website. These cookies will be stored in your browser only with your consent. You also have the option to opt-out of these cookies. But opting out of some of these cookies may have an effect on your browsing experience.
Necessary Always Enabled
Necessary cookies are absolutely essential for the website to function properly. This category only includes cookies that ensures basic functionalities and security features of the website. These cookies do not store any personal information.
Non-necessary
Any cookies that may not be particularly necessary for the website to function and is used specifically to collect user personal data via analytics, ads, other embedded contents are termed as non-necessary cookies. It is mandatory to procure user consent prior to running these cookies on your website.
SAVE & ACCEPT